The team who leads Rooftop

God’s really in charge around here. We don’t get to sit in on the Trinity’s board meetings or anything, but we read His memos (that’s the Bible), spend a lot of time praying for His leadership, and try to execute His will. The Elders are a group of volunteers elected by the congregation that handles most of the big decisions, like staffing, vision, theology, and helping clean up big church messes.

The team is always looking for feedback and ways to grow personally and the church. Use the form below to reach out or share your ideas. Blake Ahrens, a vice president at an insurance company, and his wife, Gerilyn, were among the core believers who helped launch Rooftop Church in April 2001. He has led small groups, and a capital campaign and served as an elder. He also volunteers on the greeting and cleaning teams. Blake and Gerilyn have three children – Andrew, Alyssa, and Jessica. They are also active in foster care having fostered 11 kids and provided respite care for more than 60. Email Blake Greg Cook, an attorney who has attended Rooftop for more than 17 years, is married to Elizabeth Cook and has three children – Maggie, Elliott, and Cecilia. He has served as an elder and also lead a small group, the missions team, and the projection team. He grew up in the church and re-dedicated his life to Jesus in college while working at a summer Christian camp called Mountain T.O.P. Although they live in Webster Groves now, he and his wife both grew up in Indiana and will always be avid Indiana University basketball fans. Email Greg Matt Herndon has been Rooftop’s Lead Pastor since 2000, when he started the church with the help of a bunch of great folks. He’s originally from St. Louis (Parkway North, ’92), went to Truman State, Bethel University, and Covenant Seminary. His wife Michele is a manager at Chrildren's Hospital, and they’ve got three totally awesome children--two on earth and one with Jesus. He’s got a lot of interests, but he loves working on the house and watching movies. Email Matt Steve Schrage is a project executive for a general contractor. He has attended Rooftop for 20 years serving as an elder, small group leader, worship team member, Mexico mission trip coordinator, and many other capacities. He met his wife, Erin, at Rooftop, and they have seven children - Anna, Rachel, Kyra, Mark, Daniel, John, and Nicholas. Steve grew up in a Catholic home and school and committed to Jesus through campus ministry at Mizzou. He loves rock n roll and Cardinals baseball. Email Steve 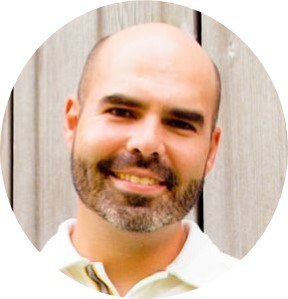 Rob Weissler is a science teacher at Ritenour High School who has attended Rooftop since it first launched 19 years ago. He and his wife, Debbie, have four children, Benjamin, Elizabeth, Micah and Leah. He has previously served as an elder, youth ministry leader and small group leader. He currently leads Rooftop's spring mission trip to Reynosa, Mexico every year. Rob likes the outdoors and running. He said he loves the culture at Rooftop - "accepting of others where they are, but pushing them to grow closer to God." Email Rob.

Answers to your questions about the Elder Team

What we believe about Christianity

Apply for to vote at the State of the Roof meetings

Help the Rooftop elders know how we can serve and lead you better.

Rooftop Church is organized with Bylaws that are drafted by the Elder Team and approved by the Rooftop Voting Roster. See the latest versions below.

The Elder team occasionally publishes a position paper to clarify the team's beliefs on a specific top. You can find links to those documents below.

Fill out the form to contact our Elder Team.

Rooftop Church is a casual, vibrant, non-denominational Christian church in St. Louis, MO, full of imperfect people. We take Jesus seriously, but not ourselves. Bring your questions and doubts and expect something new.